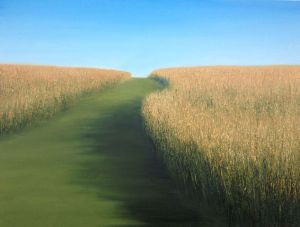 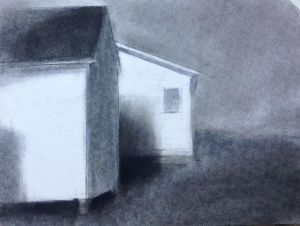 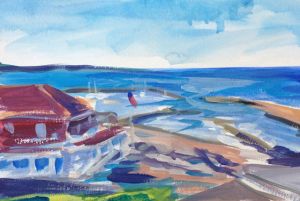 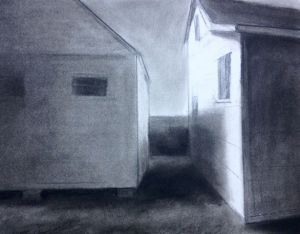 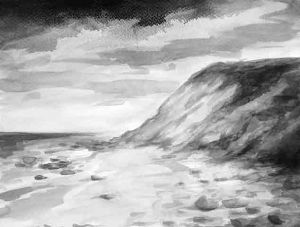 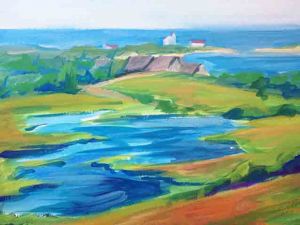 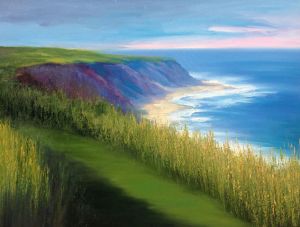 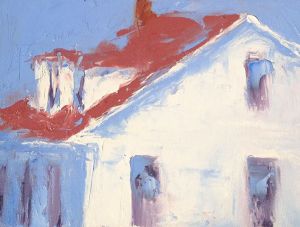 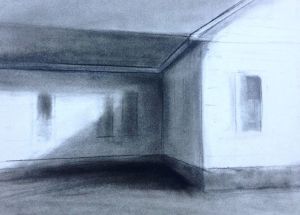 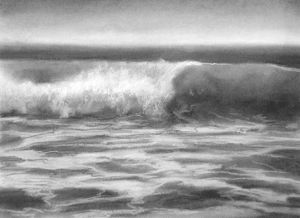 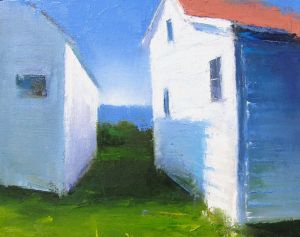 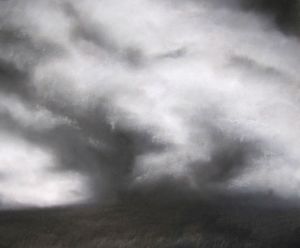 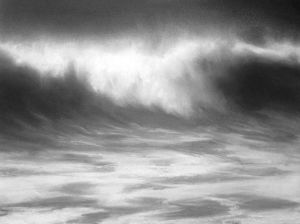 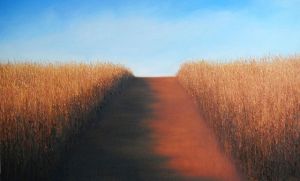 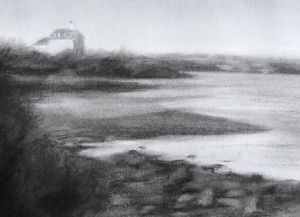 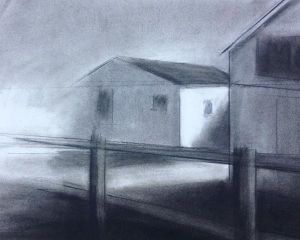 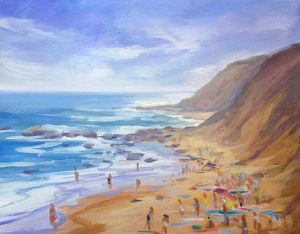 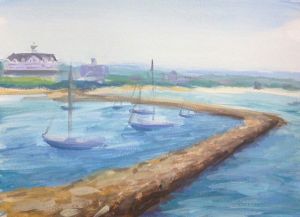 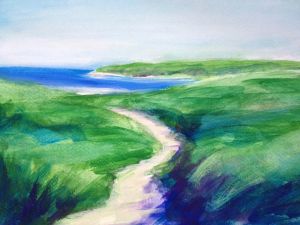 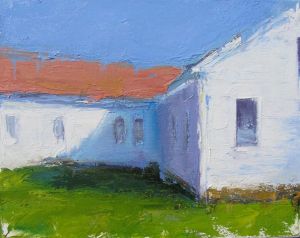 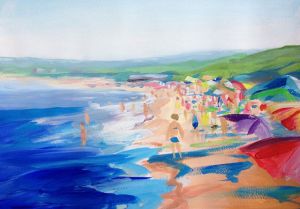 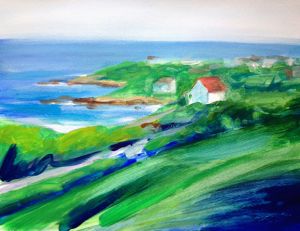 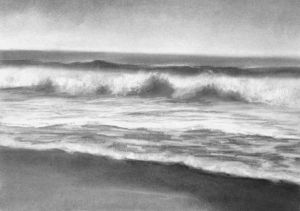 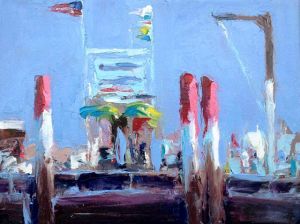 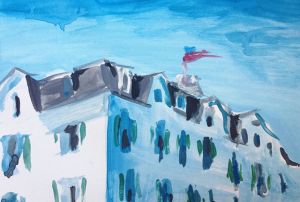 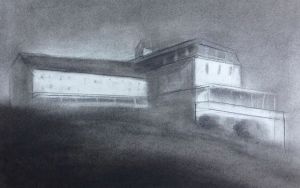 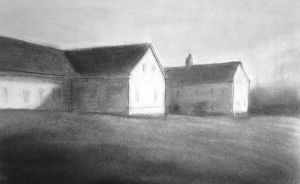 The fruits of a year of experimentation by Whitney Knapp can be seen in an exhibit of over twenty works, both large and small.

Knapp’s explorations have led her to return to an earlier interest in structures, to new work in gouache, and to an insight into the ways in which different techniques and materials create very different effects of the same subject matter.  The simplicity of shapes and angles of the outbuildings and sheds of the Narragansett Hotel is the subject of both charcoals and oils. For example, “Association” and “Correlation,” both charcoal on paper, are studies of the subtlety of light and shadow cast across the angles of rooflines, ells, and clapboard siding. In oil-on-canvas, the same structures become “Diffusion” and “Saturation,” respectively. The enigmatic chiaroscuro effect of charcoal is replaced by the clarity of the clear blue skies, red roofs and the textures of the bright white clapboard shadowed in cool grey and green by warm sunlight.

In these oils, Knapp has used a technique she came upon in her forays with gouache. “Gouache has been a freeing experience,” she explained, referring to the way in which that medium led to more impressionism in her oils and charcoals, blurring lines and allowing colors to bleed into one another, as can be seen in the way in which the blue sky and the red roof meld at the edges of the eaves. In the charcoal study “Mahogany Shoals,” the same effect can be seen in the obscured edges of the dock and pilings, and again in the charcoal and pastel “Great Salt Pond,” in the blurred contours of the water, shoreline, and Coast Guard structures along Cormorant Cove.

Knapp’s gouaches are alive with vivid color and fluidity of form. “Scotch Beach” is an impressionistic scene of red, yellow, and purple umbrellas, deep blue and turquoise water, and bathers as simple dabs of color merging with the water and the sand.  The loose, easy brushstrokes of “Champlin’s Farm” merge ponds, fields, and a cluster of rooflines with the Cut, Bean Point, and the expanse of water and sky beyond.  “Arrival” is an impressionistic view of Old Harbor with the edge of the red gabled roof of Finn’s on the left and shadows dappling the parking lot and blurring the breakwater and docks. No arriving boat is in sight – we see the arrival of sunlight across the water and the sky.

Three large oils-on-canvas suggest the enriching influence of Knapp’s experimentation. In “Expectancy,” a straight path cuts through deep orange and amber grass and rises to meet a pristine blue sky. “Anticipation” is softer but no less textured with green and golden grass cut by a curving path to the sky. In “Clayhead,” a deep green path winds along the bluffs of Clayhead and early light hits the sand below while deep purple, magenta, and indigo define the bluffs against the turquoise and azure sky.

The protean power of the sea is conveyed in a series of charcoal and pastel studies of waves, an enduring theme of Knapp’s. From “Succession” through “Culmination” and “Exhilaration” to “Dominance,” we move from long rolling surf to a cresting wave, to a larger curling wave, and finally to water and sky merging a swirl of foam with piles of clouds lit from above.